Paper towels have left the station

With more than 750,000 daily visitors, New York City’s iconic Grand Central Terminal is its own small city within the greatest city in the world. It has 44 train platforms, 68 shops and 35 restaurants across its 48 acres — with 24 XLERATOR high speed, energy efficient hand dryers keeping its washrooms clean and green. One thing you won’t find - paper towels.

It’s a big job, but XLERATOR has proven itself up to the task. And with its facility wide focus on energy efficiency and sustainability goals such as LEED® certification, Grand Central has proven that historic buildings can still be on the cutting edge of green technology.

“Everything we do, we must look at with sustainability in mind,” Stroh says. “We’ve made a number of upgrades to Grand Central over the years, including updating the electrical, plumbing and lighting systems led by our sustainability team. Let me put it this way, we changed every light bulb in the place. And there are 60,000 of them.”

Grand Central’s facilities have been described as the “Best washrooms in New York City” by Joan Hamburg of WABC, known as New York Radio’s First Lady.

For the new bathroom construction and renovation, Stroh sought out sustainable products, including the XLERATOR, which replaced the paper towels and conventional hand dryers in the terminal’s facilities.

The XLERATOR is the only hand dryer in the industry with a dry time of 8 seconds* — tested to guidelines from the Global Hand Dryer PCR published by UL Environment — and it uses 80 percent less energy than conventional hand dryers. It represents a 95 percent cost savings when compared to paper towels, eliminating their labour, maintenance and waste.

“Paper towels typically end up in the toilets and plugging up sewer systems,” says Stroh. “With the XLERATOR, we don’t have to worry about paper towels ending up outside the garbage cans or plugging up our sewers. It’s eliminated the need for paper towels in our washrooms.”

Grand Central installed XLERATOR Hand Dryers to support a sustainable transformation of the facility. The renovations can be challenging because of rules and regulations that protect landmark structures. Because of their aesthetics and design, the XLERATOR solves Grand Central Terminal’s main concerns without compromising the original Beaux-Arts architecture.

“We also tried Dyson Airblade hand dryers in our employee washrooms,” adds Stroh. “But it was a test that didn’t pass. We had more problems with those not working.”

According to Stroh, the trough style hand dryers required more maintenance and collected excess water and waste, which is why the XLERATOR Hand Dryer is now used throughout the public and office spaces of the terminal.

On the right track

Grand Central Terminal’s high traffic environment requires solutions with the industry’s best warranties calling out customer relations representatives by name, he values Excel Dryer’s commitment to customer support. The XLERATOR Hand Dryers “…take a lot of abuse,” Stroh elaborates. “The new covers are great for our application because we can scrub them to get rid of graffiti and keep them clean.” The newfound cleanliness of the washrooms is being noticed.

If the XLERATOR can make it here, it can make it anywhere. High traffic venues and historic buildings are looking toward the future with green technology.

Excel Dryer’s expanded product line featuring XLERATOR, XLERATOReco® and ThinAir® Hand Dryers now comes with enhanced features including sound, speed and heat control, multi voltage options (110-120V or 208-277V) and an externally visible service LED to streamline maintenance. With the most options and accessories in the industry, you can create the best hand drying solution for any washroom environment.

Follow Grand Central’s lead and make paper towel waste a thing of the past. Make the change to XLERATOR today! 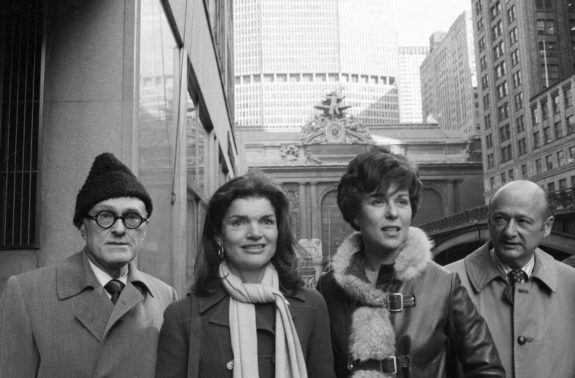 "Is it not cruel to let our city die by degrees, stripped of all her proud monuments, until there will be nothing left of all her history and beauty to inspire our children? If they are not inspired by the past of our city, where will they find the strength to fight for her future? I think if there is a great effort, even if it’s at the eleventh hour, you can succeed and I know that’s what we’ll do."

"I was on a fishing trip with my boss when I experienced the XLERATOR for the first time at a rest stop, I remember thinking, ‘Those jet dryers really worked.’ They were heavy duty. We thought if they could hold up to the abuse of a public rest area, they would be a great option for Grand Central. We dug around and researched the XLERATOR and saw that it also had a lot of green certifications."